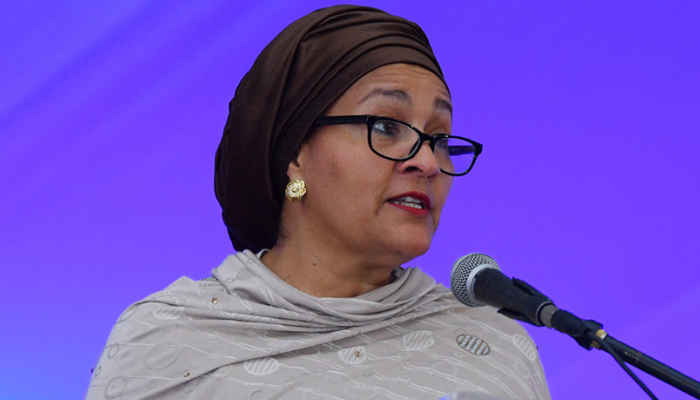 Although the COVID-19 pandemic has generated an unprecedented global health, humanitarian and development crisis, it has also revealed the power of women’s leadership, according to the UN Deputy Secretary-General. “Over the past months, people around the world have come to see what many of us already knew: women’s leadership makes a profound difference”, Amina Mohammed said on Tuesday.

“The evidence has shown — in country after country — how governments led by women are more effective in flattening the curve and positioning for economic recovery.”

Ms. Mohammed was addressing Women Rise for All, a virtual gathering of influential women from across different regions, sectors and generations, to examine how their leadership is shaping pandemic response and recovery that benefits all people.

“We want to shape the way we define leadership. And ensure that we emerge from this pandemic with women leading, in equal numbers, and equal partnership”, she explained.

‘Silver lining’ in the crisis

Women’s proven leadership has emerged as a “silver lining” in the pandemic, one of the world’s leading advocates for the rights of women and children told the gathering.

Graça Machel believes it was no accident that countries with women Heads of State—such as New Zealand, Germany, Finland and Taiwan—have been comparatively successful in beating back the deadly new coronavirus.

“This crisis has brought to light an undeniable truth: that the leadership of women is essential for us to effectively recreate the world…that is more human-centred, that is more equal; a world in which such social justice is the goal”, she said in her keynote address.

For former Mozambican minister Ms. Machel, the pandemic must also lead to a re-examining of dominant value systems as the world cannot return to how it was prior to the crisis.

“We must live on a planet where materialism, greed, inequalities no longer divide the human family”, she stated.

Women Rise for All was launched on social media in April, to support the UN Secretary-General’s call for solidarity and urgent action during the pandemic.

As of Tuesday, there were more than 12.9 million cases of COVID-19 globally, and more than 560,000 deaths, the World Health Organization (WHO) reported.

Even in the midst of this “devastating crisis”, there is an opportunity to build a better world that works for all, according to Ms. Mohammed.

“That will only be possible when we recognize the value of women front and centre, together leading the way and rising for all”, she said