Ghana votes against US on Jerusalem despite threat to cut funding 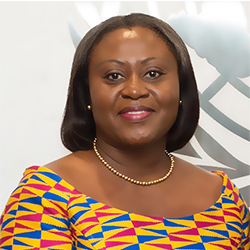 Ghana has voted against the US President, Donald Trump’s decision to recognize Jerusalem as the capital of Israel.

Ghana was among the 128 countries that endorsed a position that Jerusalem, which is being claimed by Israel and Palestine as capital, can only be said to be Israel’s capital after a peace deal is reached.

At an emergency session of United Nations on Thursday, only 9 countries, including the US and Israel, voted against the position of waiting until consensus has been built on the matter.

The US Ambassador to the UN, Nikki Haley, ahead of the votes threatened that the US will remember which countries that “disrespected” it by voting against it.

The US government had also threatened to cut funding to countries that did not back the US’ position.

She said the US “would be taking names…When we make generous contributions to the UN, we also have expectation that we will be respected…What’s more, we are being asked to pay for the dubious privileges of being disrespected.”

Donald Trump, while speaking at a cabinet meeting on Wednesday, said “Let them vote against us… We’ll save a lot. We don’t care. But this isn’t like it used to be where they could vote against you and then you pay them hundreds of millions of dollars,” he said.

“We’re not going to be taken advantage of any longer.

Despite the threat, countries such as Nigeria, Congo, Ivory Coast, Namibia, Mali, and Zimbabwe all voted against the US’ position.

About 32 other countries including Canada, Benin, Uganda, Rwanda, South Sudan and Mexico declined to vote for or against the motion.

The US has been at the center of global outrage after its President, Donald Trump, declared that country’s recognition of Jerusalem as the capital of Israel.

Many believe the declaration was premature as the world was expecting an amicable settlement of the matter between Israel and Palestine.

Some groups in Ghana have declared solidarity for Palestine in the impasse between that country and Israel.

They believe Israel was oppressing Palestine.

The opposition National Democratic Congress [NDC], Member of Parliament for Kumbungu, Ras Mubarak, who is the Spokesperson for the Palestinian Solidarity Campaign, had said in a previous interview that Ghanaians should boycott the use of American and Israeli products in solidarity with Palestine.

“What Trump has done will not bring peace in Palestine let alone the globe”, he said.