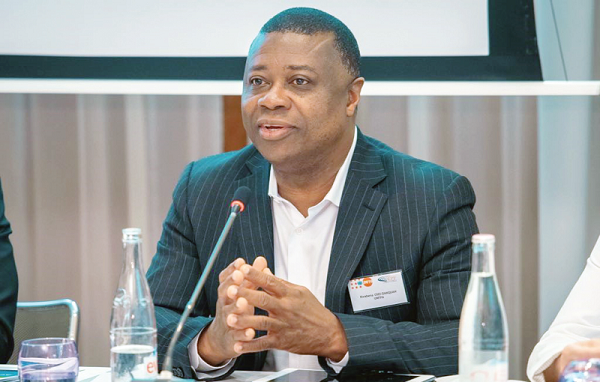 A Director of the Division for Governance and Multilateral Affairs, United Nations (UN) Population Fund (UNFPA), Mr Kwabena Osei-Danquah, has been appointed as the Chef de Cabinet of the incoming President of the United Nations General Assembly, Ms Maria Fernanda Espinosa, who, until her election, was the Foreign Minister of Ecuador.

Until his appointment, he led a transition team for the President-elect and would formally assume office from mid-September.

The 57-year-old Ghanaian diplomat has served his country with distinction in various international assignments, including stints in Ghana’s Embassy accredited to the Czech and Slovak Republics, Hungary and Poland and Ghana’s Permanent Mission to the UN in New York from 1998 to 2002, before joining the UN that year.

He served as a negotiator on behalf of the Group of 77 (developing countries) and China at the historic Monterrey Consensus on Financing for Development, as well as the Ministerial Outcomes for the World Summit on Sustainable Development in Bali in 2002.

He is an astute and experienced diplomat who has served on the bureaus of the Executive Board of the United Nations Development Programme (UNDP), the UNFPA and the International Conference on Financing and Development, held in Monterrey, México, in 2002.

While at the UNFPA, Mr Osei-Danquah was credited with setting up a robust and successful intergovernmental and governance structure to advance the implementation of the Programme of Action of the International Conference on Population and Development.

He also led the historic 20-year review of the implementation of the Programme of Action by Member States and its follow-up beyond.

The regional outcomes of that review, including the Bali Youth Forum, the International Human Rights Conference in The Netherlands, as well as a Women’s Health Forum in México, are considered key international engagements for advancing the rights of all individuals in promoting the agenda of “leave no one behind”.

Mr Osei-Danquah is a poet in his private life.

His first book of poems was released this month.