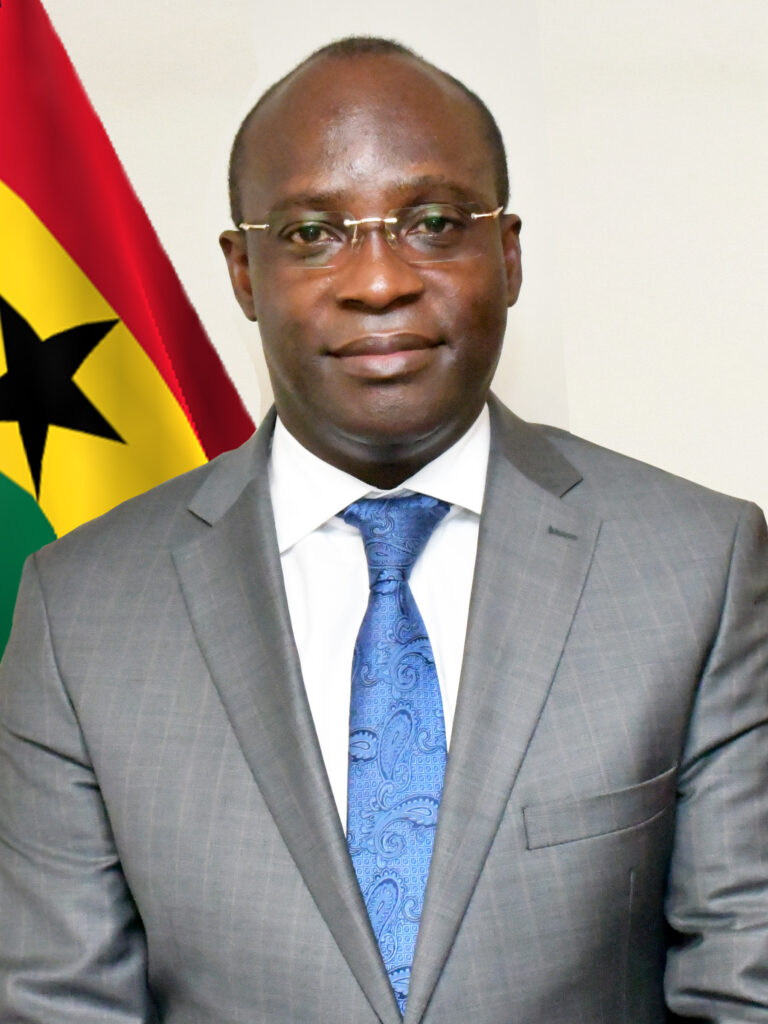 He had also previously served as the Director for Staff Training and Development Unit in the Administration Bureau between 2012-2014, in addition to other roles as a Foreign Service Officer in the Office of the Minister for Foreign Affairs, the International Organisations and Conferences Bureau, the Policy Planning and Research Bureau and the Finance and Accounts Bureau of the Ministry.

Ambassador Agyeman holds an advanced degree in international affairs, obtained from the Legon Centre for International Affairs, and a Bachelor of Arts degree in Political Science with Philosophy from the University of Ghana. He has also participated in several short-term training courses in areas such as diplomacy, peace and security, arbitration, regional trade facilitation, negotiation of financial transactions, and capital market development and regulation.

Ambassador Agyeman is the author of the book, “Diplomatic Protocol: A Guide for Ghana Diplomats and Senior Government Officials”. He enjoys to read, swim and play golf in his leisure time. He is married to Mrs. Rama Duse-Agyeman and he has three sons.