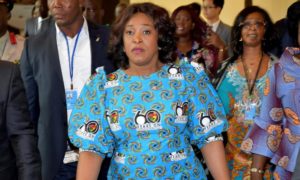 Myjoyonline – Foreign Affairs Minister designate has bemoaned what she says is the bad condition of the country’s missions abroad.

Shirley Ayorkor Botchway said the missions are in deplorable condition and mentioned Ghana’s mission in New York as one of the worse even though it is sited in a prime area.

She said the country must take particular interest in rebuilding the country’s missions as they represent the dignity of the country abroad.

The minister designate was answering questions from members of the Appointment Committee of Parliament about the Ministry she will superintend if given approval by the house.

She spent less than hour, speaking to conditions of service of workers in the foreign affairs, the status of Morroco in the African Union and their readiness to return.

The minister was particularly unhappy about the state of the country’s missions abroad and hinted of an urgent solution to solving the problem.

Ayorkor Botchway applauded the decision by the former administration to go for the loan to repair the country’s missions abroad.

The minister designate called for more radical steps including a possible private transaction that will make private entrepreneurs build and share offices in the same missions with Ghana.

She also advocated for the retention of the Internally Generated Funds at the Foreign Ministry, which she said will go a long way in building some of the missions abroad.

When she was asked about the opinions on the controversial GITMO 2 controversy that rocked the country, the chair of the committee, Joe Osei Owusu intervened, saying the matter was in court and there was a possiblty of subjudice.