President of Ghana Statement Summary of the 68 session 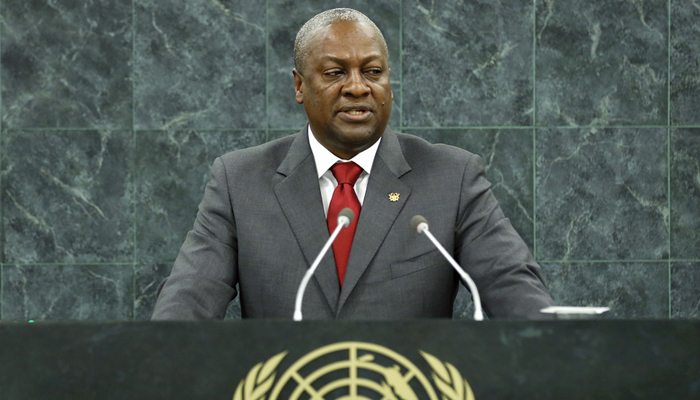 JOHN DRAMANI MAHAMA, President of Ghana, strongly condemned the terrorist attack in Kenya and remembered Kofi Awoonor, a Ghanaian poet, professor and former civil servant killed during the assault. Today’s Africa, however, would not be divided or deterred by the heinous crimes of those wishing to disrupt its progress, he emphasized. In that regard, he recalled his country’s cooperation with neighbouring countries to maintain regional stability and restore security in Côte d’Ivoire and Mali. The former was now in a rebuilding stage, and the latter had made a return to democracy by conducting an election hailed as free, fair and peaceful. Desiring lasting peace and security in the subregion, Ghana was committed to strengthening the Economic Community of West African States (ECOWAS), he said.

Ghana also supported the Arms Trade Treaty, believing that the international trade in conventional arms and ammunition must be regulated, he said. The world had become a “global village”, in which it had become easier for warmongers and terrorist groups to recruit new members, expand their cells, create intercontinental networks, obtain weapons and conceal their identities and locations. Cooperation between developed and developing countries was vital in addressing that “borderless” problem, he stressed.

Turning to democracy, he highlighted the recent elections in his country, including the contested result, which had been formally challenged and heard by the Supreme Court. “What made this situation noteworthy was the reliance, by all parties involved, on the rule of law,” he said. The proceedings had been televised for the sake of transparency, an indication that Accra’s democratic institutions were growing stronger. The balance of power in Africa was shifting from the authority of a sole individual to the more equitable processes of a properly designed system, he affirmed.

He said 6 of the 10 fastest-growing economies were in Africa, pointing out, however, that the growth had not yet translated into sustainable employment opportunities, especially for young people. Africa had a fast-growing population, more than 50 per cent of whom were below the age of 35. The imperative need, therefore, was to create jobs for their growing numbers. “It all comes down to value,” he stressed. “We must value our resources, including our human resources.” Rather than relying on the export of raw materials, African economies could benefit from industry, which could create new jobs for young people, he said, urging partnerships between local and foreign investors.

Regarding the Millennium Development Goals, he said that his country had met the poverty and hunger-reduction target far ahead of 2015. But, despite Ghana’s great progress on other Goals, it still needed to focus on women’s empowerment through education and control over reproductive rights. “African women have always been the backbone of our societies,” he pointed out. “Imagine the change they could effect in our countries if only we’d help them reach their full potential.” On the Israeli-Palestinian conflict, he confirmed his Government’s support for an independent Palestine State existing side by side and in peace with a secure Israeli State. He also called for the lifting of the embargo against Cuba, as well as for reform of the Security Council to ensure that it reflected the current international status quo.