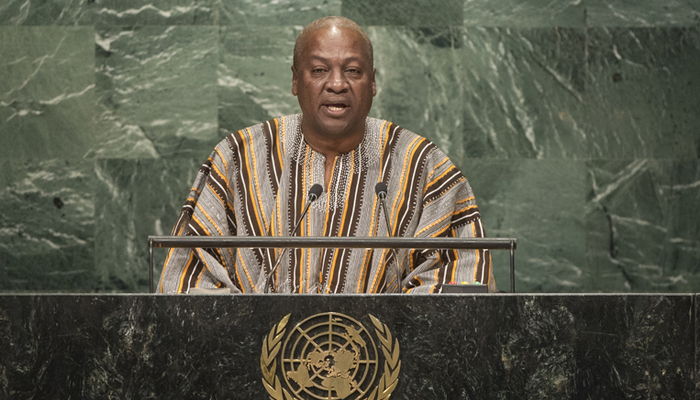 JOHN DRAMANI MAHAMA, President of Ghana, noted that extremist forces in many parts of the world had hijacked dialogue.   With available technology being used to spread anxieties and arouse base emotions, hate speech was becoming common and xenophobia had taken over rational thinking.  In the vote on “Brexit”, the spectre of a flood of refugees had been used to help propel an exit from the European Union.  Nearly 30 years after President Ronald Reagan called for the Berlin Wall to be torn down, new walls were springing up everywhere.  Yet, the world had the resources to guarantee each person a decent life.  With a significant share of the world’s arable lands and natural resources, along with a youthful labour force, a reordering of economic relations could create opportunities and keep young Africans at home.

Some young Ghanaians who had hazarded the desert and Mediterranean Sea to cross to Europe were young poultry farmers or other entrepreneurs, he continued.  Selling their shops, they had undertaken the journey because they could no longer compete with tons of frozen chicken dumped on African markets annually, along with an adverse business environment.  Africa needed a fair chance to trade with the rest of the world and among neighbouring countries.  Commending progress towards creating a Continental Free Trade Area, he said it must be fast-tracked.  Raising intra-African trade alone from the paltry average of 15 per cent would create better opportunities for the continent’s youth.

Africa, he noted, was often seen as a homogenous unit and treated as such, without recognizing it as a whole continent with different aspirations, cultures, democracies and economic development.  Human progress was not a seamless movement forward, but included periods of reversal, mistakes, fumbling and falling.  All regions of the world had been through such a process, learning from their mistakes, picking themselves up after a fall and continuing to move.  Africa must be allowed the same latitude.

There were many success stories in Africa, including Ghana, he said.  Since adopting the 1992 Constitution, his country had not looked back.  Successive elections with power occasionally swinging between opposing political forces had established Ghana’s democratic credentials in the world.  The country has a fiercely independent media with hundreds of newspapers and radio stations.  Bold measures in effecting structural reforms had yielded a more stable and resilient economy with a gross domestic product (GDP) target of 4.9 per cent this year.  With a stable currency, business confidence was rising and foreign direct investment remained strong.  In collaboration with development partners and increased offshore oil and gas prospects, Ghana was expected to clip along from next year at 8 per cent GDP growth per annum.